The town of Molveno stands in a pristine environment of immense charm and value. Indeed, the excellent quality of its offer and reception has been certified by the Touring Club with the Orange Flag.

Another important element in favour of environmental protection is the Adamello-Brenta Nature Park that includes a large part of Molveno’s mountains and extends over a vast area included between the Adamello peaks and the peaks of the Brenta range. It is a truly vast protected territory abounding in flora and fauna and that has recently seen the re-introduction of the brown bear.

In short, these are the elements that will make your holiday on Lake Moveno in the Brenta Dolomites unique, offering you innumerable occasions for an unforgettable holiday in terms of relaxation, sports and fun.

Lake Molveno is an alpine lake of natural origin that was formed some 3,000 years ago. The mountains that fence it in contribute to its distinctive charm. The Italian novelist and poet Antonio Fogazzaro once referred to it as a ‘preziosa perla in più prezioso scrigno’ (‘precious gem in an even more precious casket’).

The following species of fish are present in the lake: trout, European perch, carp, and the highly prized Arctic char.

A nice path takes you from the well-kept lawn of the beach and sports area around the whole lake to back where you started from. 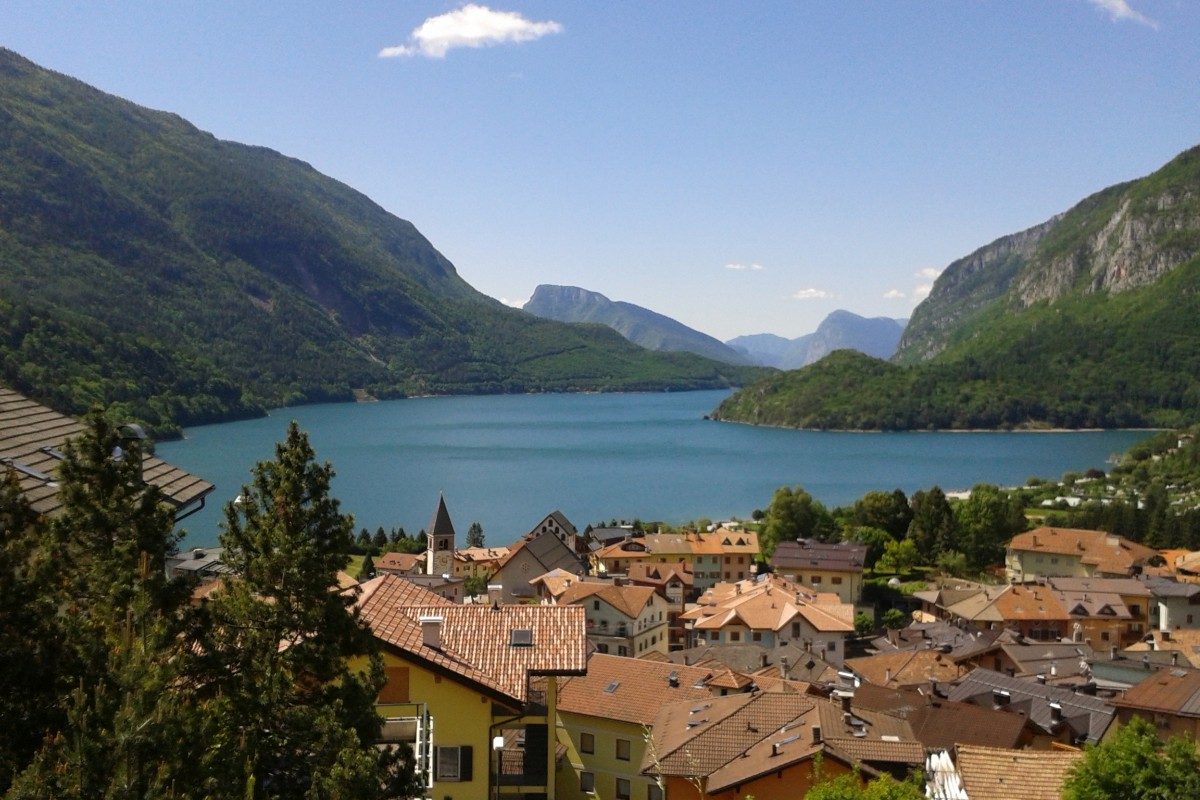 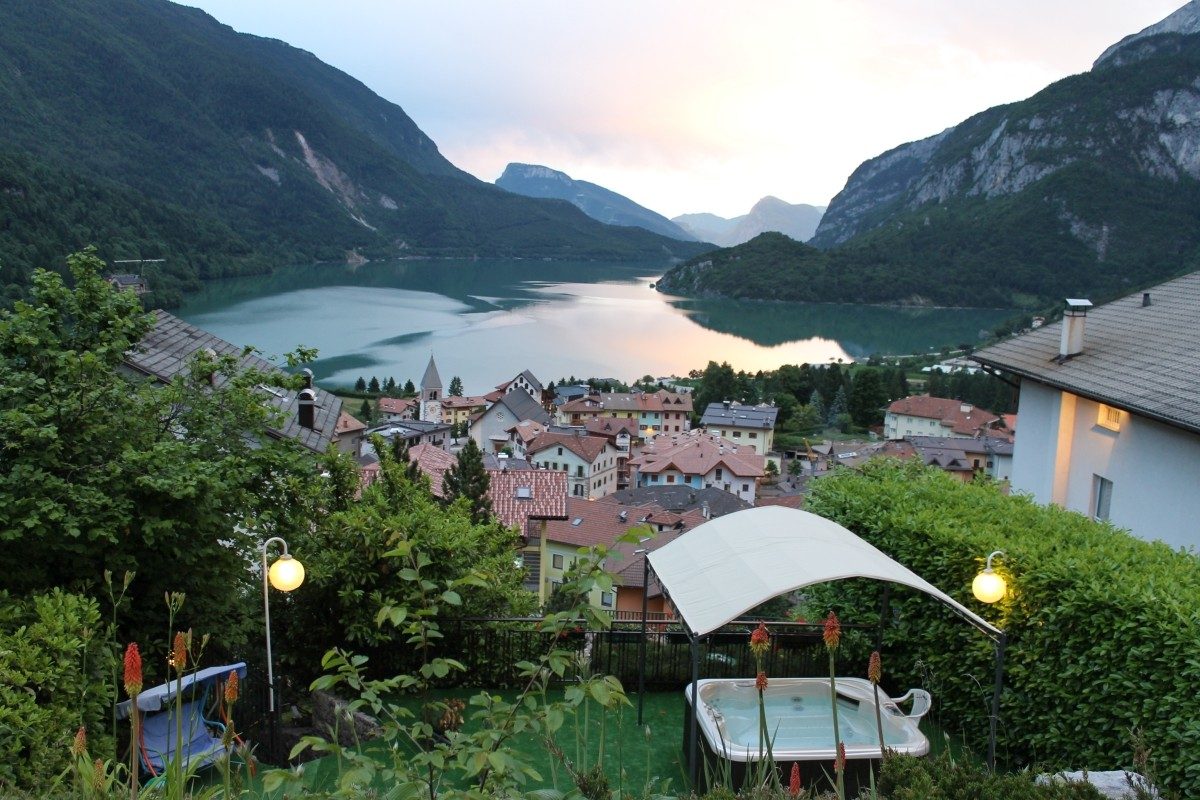 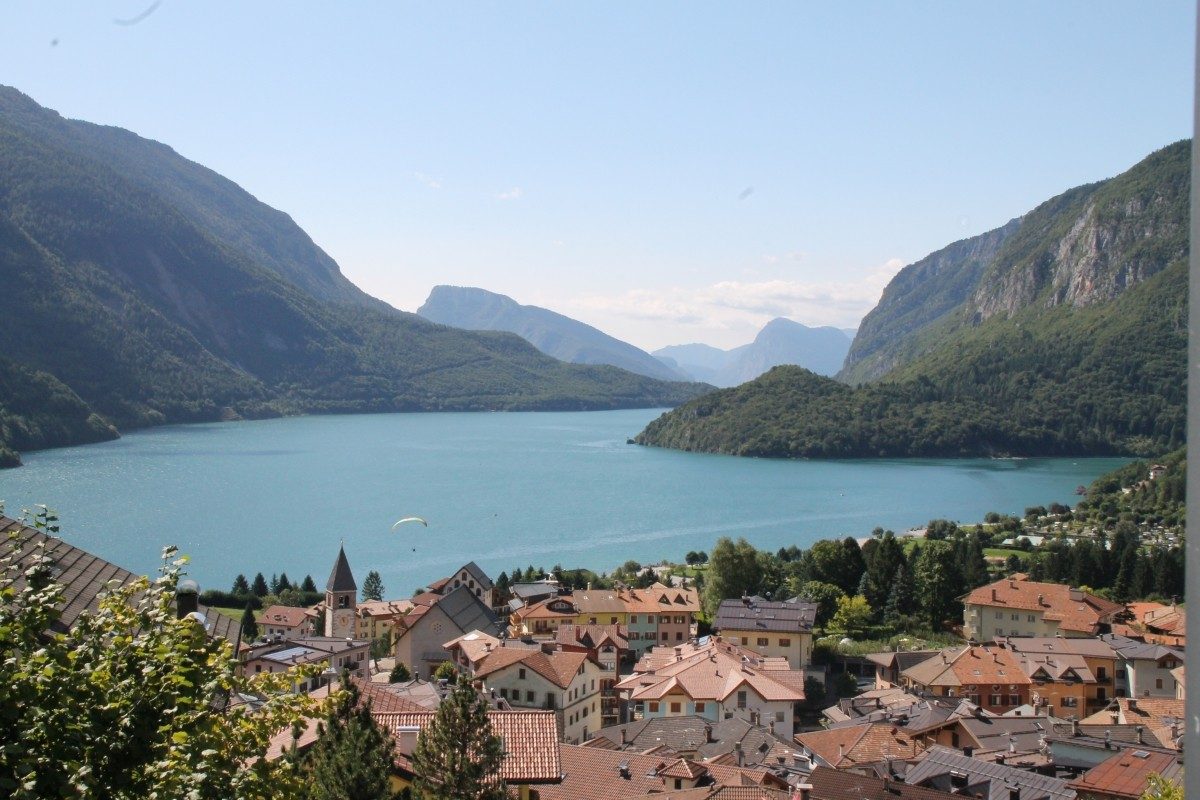 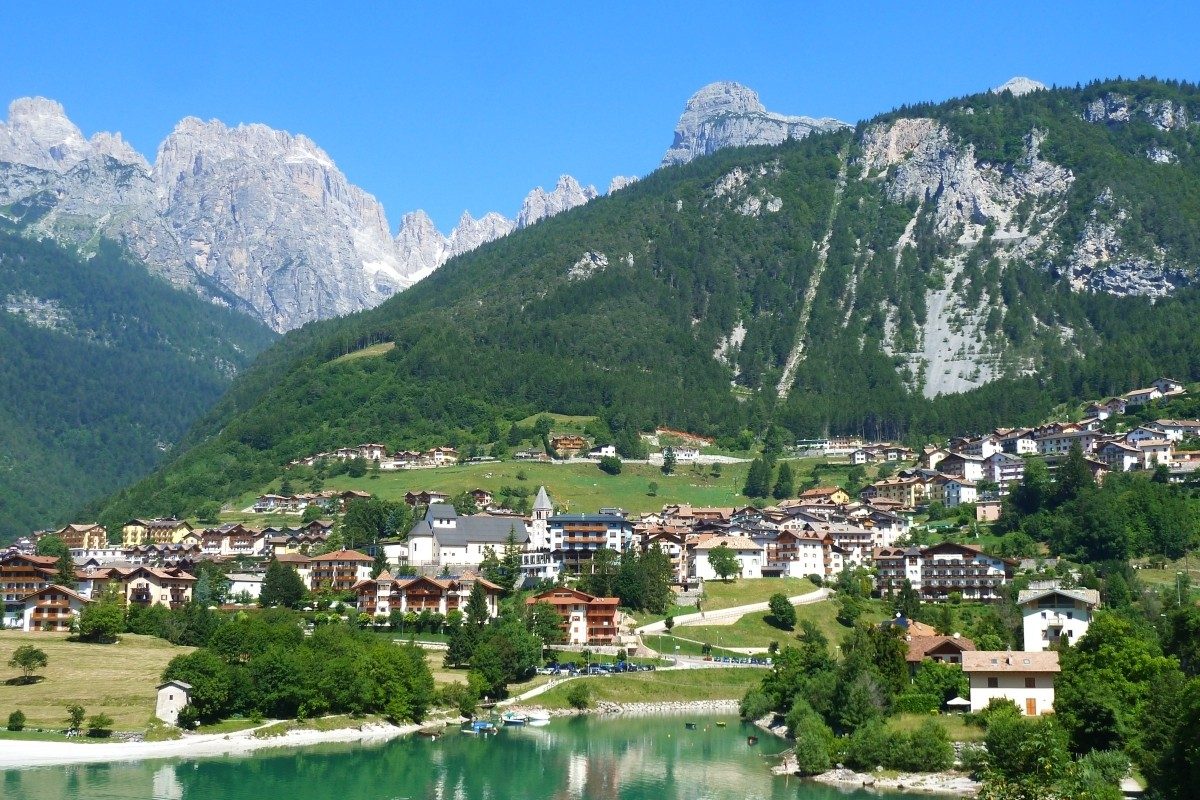 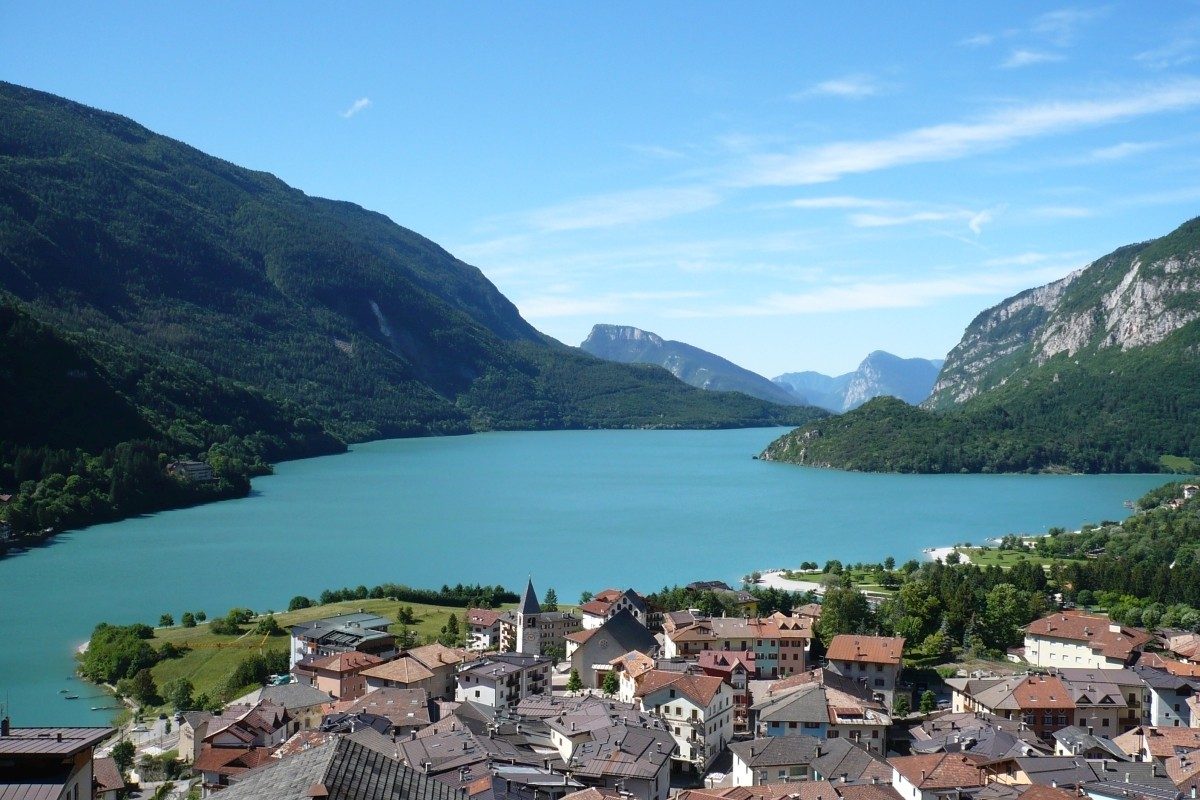 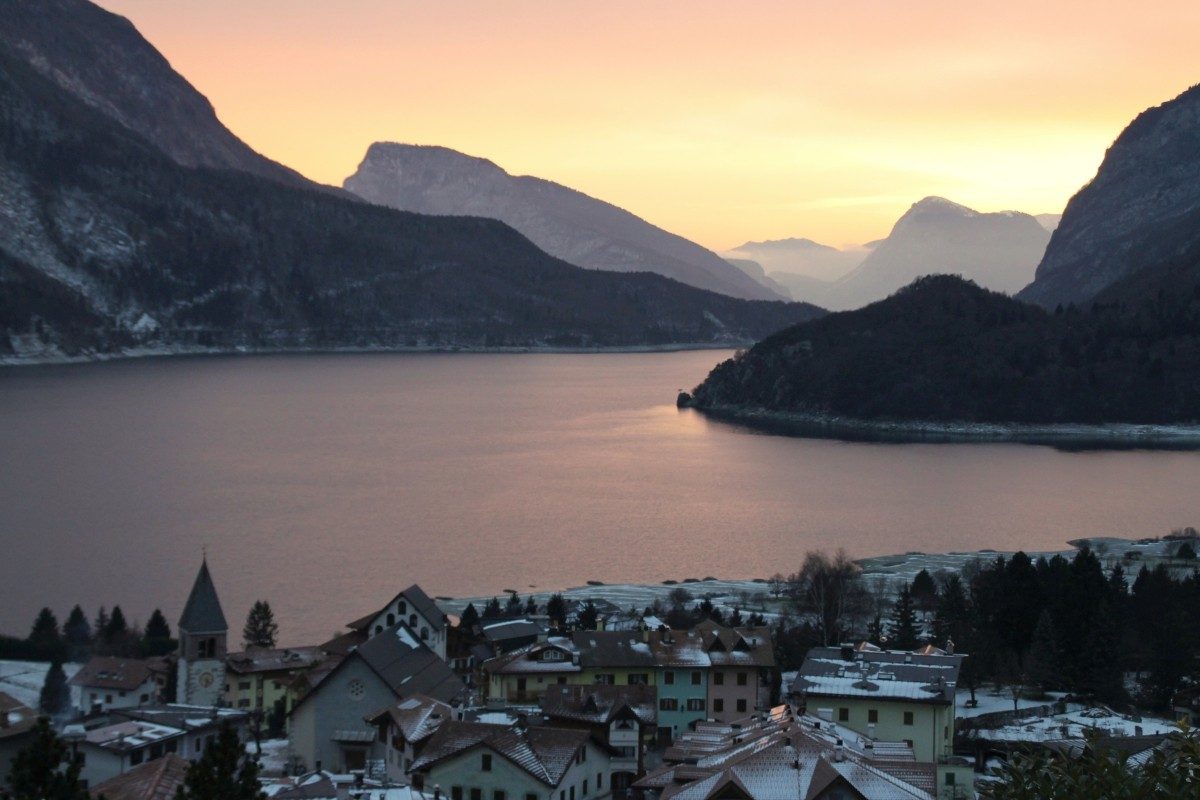 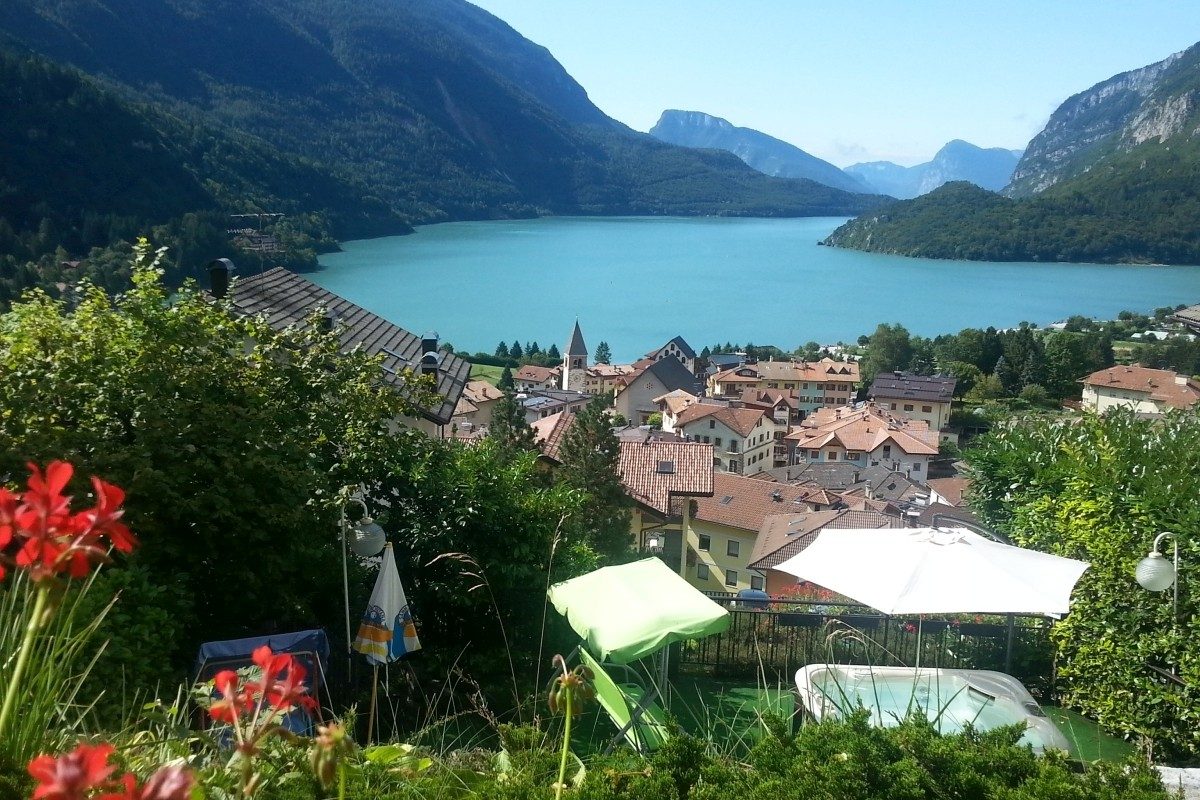